This article was originally published on Mongabay.com. Click here to read the original.

25 March 2014 | On Monday General Mills and Colgate-Palmolive both announced palm oil policies that go beyond standards set by the Roundtable on Sustainable Palm Oil (RSPO), the industry’s main certification body. The policies include provisions to protect wildlife-rich rainforests and carbon-dense peatlands, while respecting the rights of local communities. 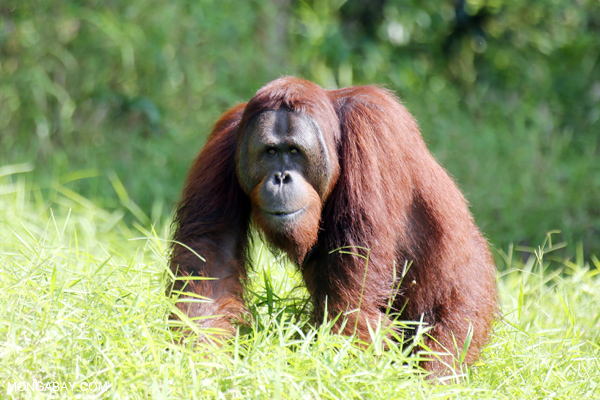 Environmentalists say greener palm oil is better for orangutans, whose habitat in Malaysia and Indonesia is being rapidly destroyed for oil palm plantation. Photos by Rhett A. Butler.

The policies are similar to commitments made in recent weeks by Kellogg’s, Mars, and Orkla, although both have shortcomings according to environmental campaigners. Greenpeace says that Colgate-Palmolive’s 2020 target for implementing its policy should be moved up to 2015, while the Union of Concerned Scientists (UCS) says General Mills policy should use the “industry standard” definition of High Carbon Stock forests when determining whether palm oil is free from deforestation.

Nonetheless both groups welcomed the commitments and urged more companies to establish similar deforestation free policies for palm oil in order to show growers there is indeed a market for greener palm oil.

“It’s really up to major brands to turn the tide on the palm oil industry,” said Sharon Smith of the Union of Concerned Scientists, which recently released a scorecard ranking American companies on their palm oil sourcing policies. “If companies start demanding palm oil that’s deforestation-free, peatlands-free and exploitation-free, palm oil producers will start providing a better product. This better oil will also reduce emissions. It’s a win-win for consumers and the environment.”

“Indonesia’s forests are precious to all of us: they are the earth’s lungs, people’s homes, and habitat to countless animals including the endangered Sumatran tiger. But if we don’t stop forest destruction all of this will disappear,” said True Blood actress Kristin Bauer, who recently joined Greenpeace’s campaign to push for more forest-friendly palm oil. “More brands need to step up and follow Colgate’s lead.” 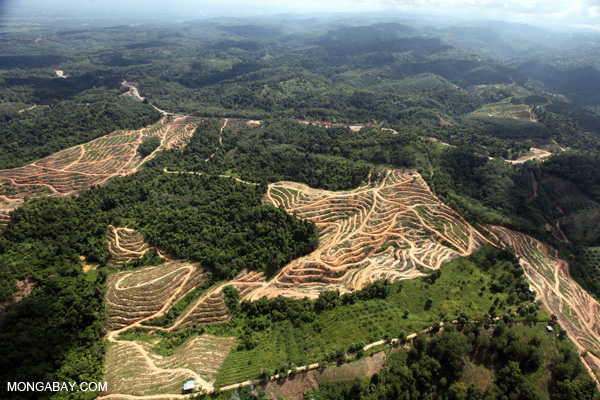 Greenpeace added that the commitments put more pressure on Proctor & Gamble (P&G), a Colgate-Palmolive competitor that is currently the focus of an aggressive campaign by the activist group.

“With pledges from Unilever, NestlÃƒÂ©, L’OrÃƒÂ©al and now Colgate-Palmolive to clean up their supply chains, P&G is choosing to lag behind its competition,” said Areeba Hamid, forest campaigner at Greenpeace International, in a statement. “There’s a huge difference between Colgate’s detailed policy and P&G’s empty commitment to the Roundtable on Sustainable Palm Oil’s weak certification scheme. It’s time P&G joined Colgate, Unilever, L’OrÃƒÂ©al and Mars in guaranteeing its products are free from forest destruction.”

Palm oil production is the largest direct driver of deforestation in Malaysia and Indonesia, whose forests are home to endangered orangutans, tigers, rhinos, and elephants.

Photo courtesy of Mongabay.com.
Ben Dappen has worked with Forest Trends since November 2000 as Webmaster and IT Associate, and also provides design and publishing support. He also serves as a web developer for a number of Forest Trends' partners, including the Rights and Resources Initiative (RRI) and Ecoagriculture Partners. Ben graduated from Reed College in 2004 with a History degree.